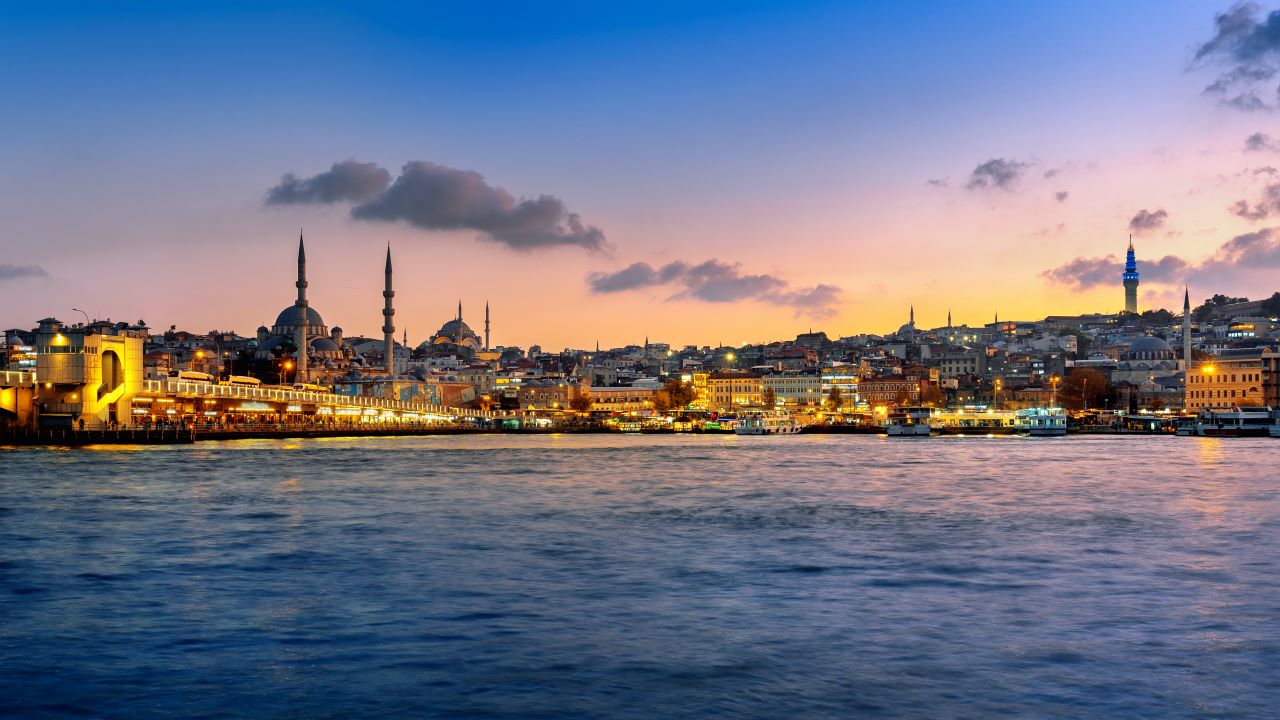 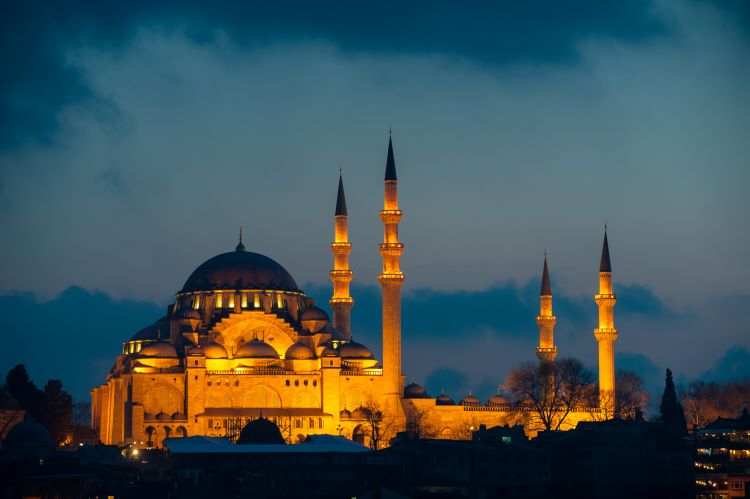 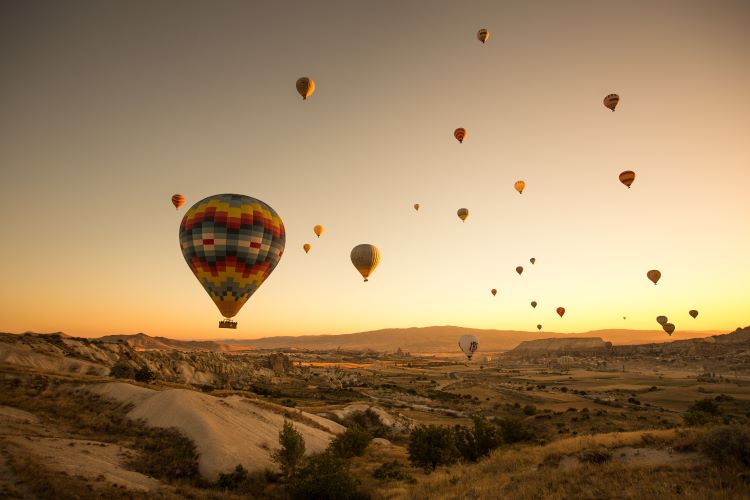 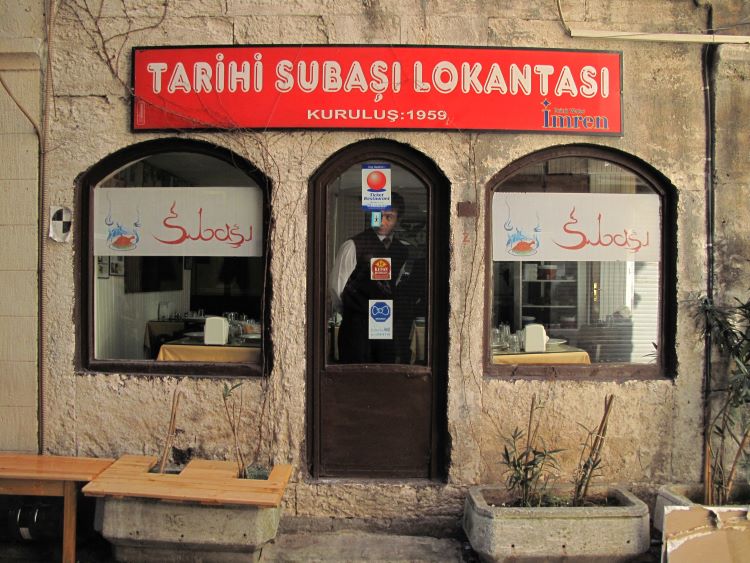 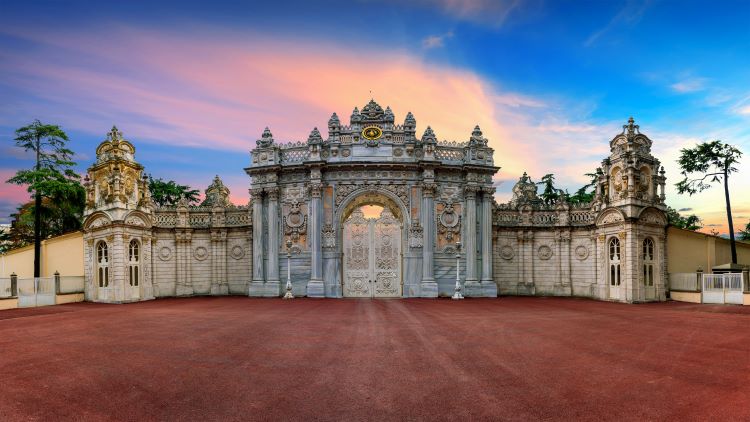 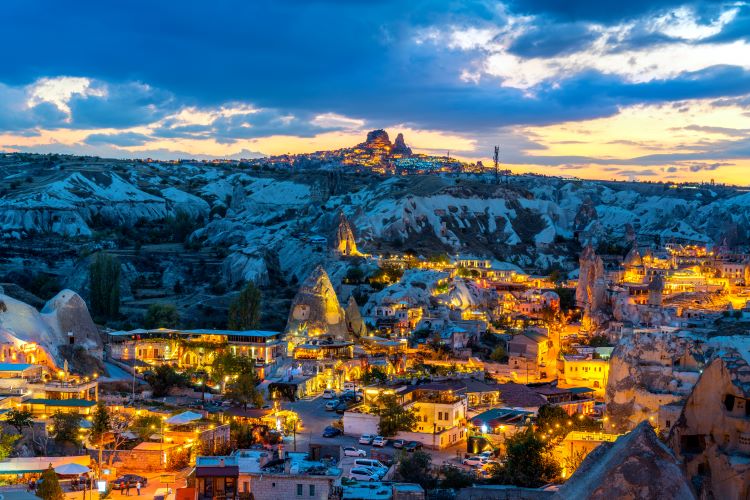 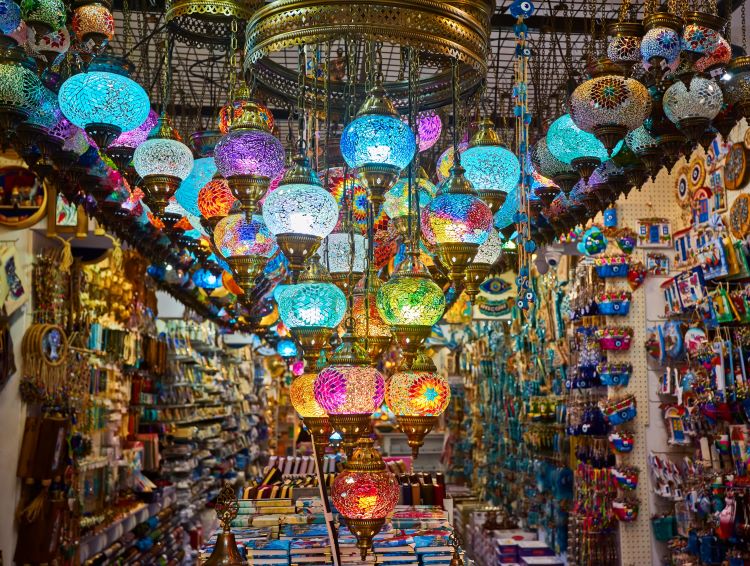 Turkey tour packages are ready to fulfill all of your Eurasian fantasies. Packed with their beautiful landscapes, sun-drenched Mediterranean, powerful mountains, and barren steppe, this Turkey trip cost is uniquely curated. This time for the communities of Indian backpackers.

Turkey, at the meeting point of Europe and Asia, brimming with a relaxed atmosphere. Turkey tours offer a seductive diversion from the everyday grind because of the country's rich culture, diverse cuisine, and extensive history. A superb tourist destination filled with natural beauty and historic landmarks, aptly sums up its tourist slogan, "Unrush your world."

Prepare for a relaxing getaway in the Middle East fantasy, which offers the ideal fusion of the ancient and the contemporary. Grab your life's best escape with Moustache 9 days Turkey tour packages.

The key cities included in your Turkey Trip are :- Turkey Tour Package from Istanbul, Antalya, Cappadocia, Pamukkale, Kemer and Kusadasi. Besides, here are the following major highlights of our Turkey packages. 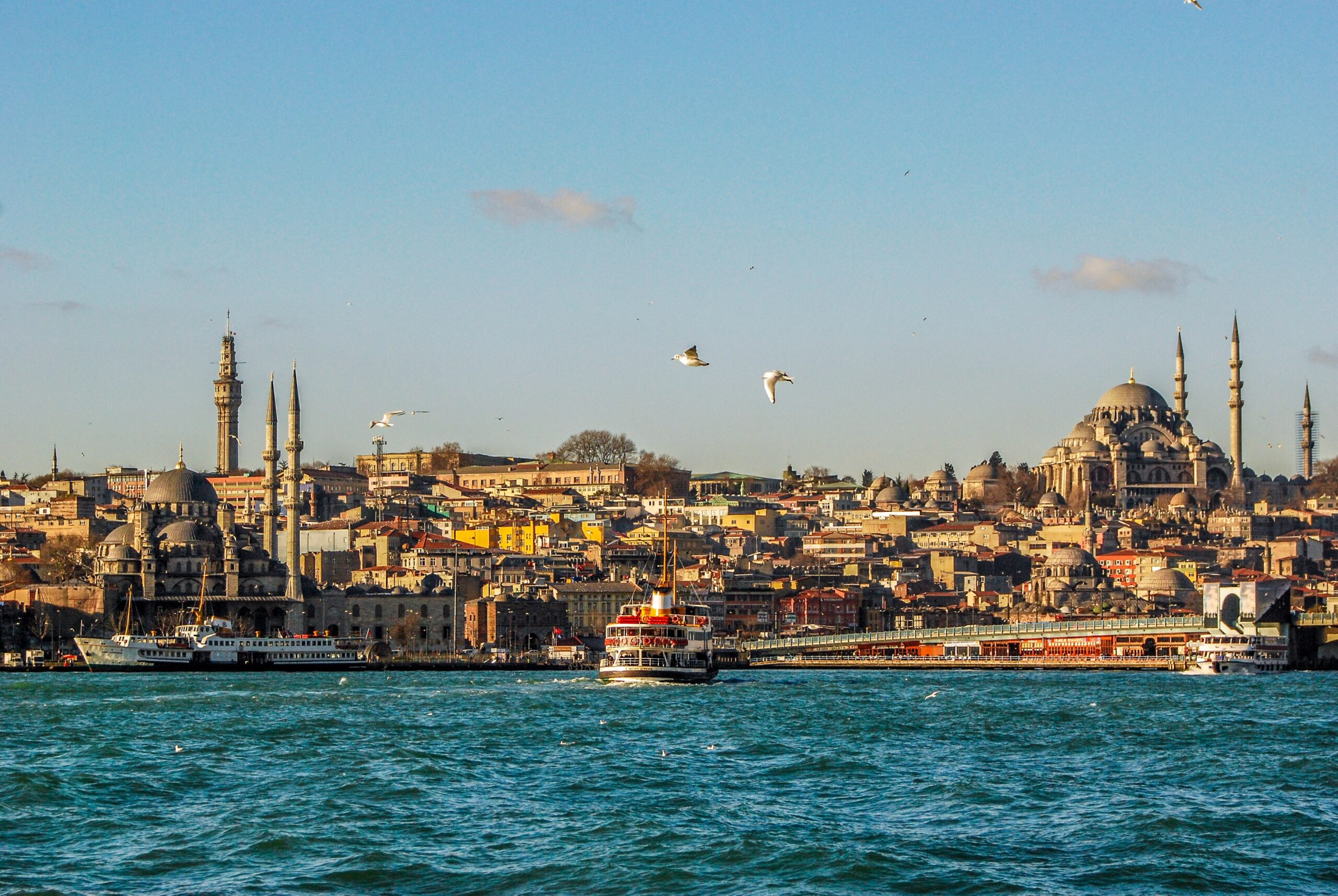 Istanbul travel packages include everything from sweltering spas to hidden Byzantine cisterns and towering minarets. Istanbul Turkey tour package visit all of these renowned locations often because the city is dotted with numerous UNESCO World Heritage Sites. Two UNESCO sites in one day occasionally.

The Istanbul tour package includes everything, from sweltering bathhouses to hidden Byzantine cisterns. Numerous UNESCO World Heritage Sites dot the city, and Istanbul Turkey tour packages take visitors to all of them, every day. In fact, sometimes, two UNESCO sites in one day as well.

From magnificent Byzantine monuments to historical museums, Grand Bazaars, and delectable Turkish cuisines. With an Istanbul guided tour, get a chance to travel through these picturesque landscapes and everything beautiful all your 3 days stays in Istanbul. It's definitely a rewarding experience.

Our Cappadocia tours and excursions provide breath-taking beauty and exceptional outdoor adventures. Dotted with wonders at every turn, both natural and man-made. Look at the breathtaking view of Ihlara Valley, North Cappadocia, and South Cappadocia. It's one of the major attractions of Cappadocia Turkey tour packages. It includes everything from instagenic sunsets to jaw-dropping stone hills fashioned into castles.

From hot air balloon rides over deep gorges to seriously admirable Cappadocia culture trip, there is so much to awestruck you instantly. Moreover, the best routes to Cappadocia offer spectacular views of the region's unique natural heritage, including its surreal landscapes, cave churches, and the underground city. They are excellent for photographers, nature enthusiasts, and adrenaline addicts.

Tag us for the best Cappadocia tours, and get the maximum value of your money having fun, this stunning region has to offer. 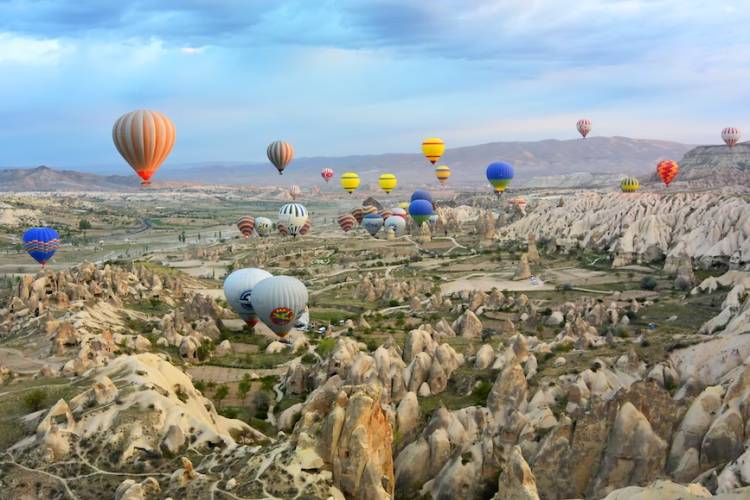 When you reserve our 3 Day Antalya tours, say no to the headaches of self-driving and yes to the convenience of a guided door-to-door trip. Discover the charming old town of the city, indulge in a traditional Turkish lunch, then travel to the historic harbors and hotels-lined beaches. It acts as a point of entry to the Turquoise Coast, a region of Turkey's southern Mediterranean coast distinguished by its turquoise waters.

In addition to the captivating Antalya sightseeing tours, the city's nightlife is a sight to behold. Antalya's nightlife is a must experience, featuring everything from enormous discos packed to the gills and resonating with loud music to the more sedate pubs and taverns.

Tours in Antalya is incomplete without Pamukkale day trip

Spend a lovely day at Pamukkale, the only cotton castle in the world that is also a UNESCO World Heritage Site. A significant component of any Antalya Turkey tour packages. This artwork of nature shed warm tears aka the hot springs, meanwhile resulting in the white beauty of Pamukkale. Looks like it’s very much inspired by the beauty of the white pearl on Cleopatra's chest.

You'll be amazed by the distinctive calcium terrace and pools with hot spring water as you go barefoot across the expansive white beauty. Among the few well-known locations included in the Antalya tour package are the famed Hierapolis Ancient Ruins City, Ancient Theatre, Thermal Pools, White Terraces, Traverten Pools, and Byzantine Walls.

Become 'Jack Sparrow' for a Day, sailing in Kemer

The Turquoise Coast provides a spectacular setting for a boat cruise with its sandy beaches, towering sea cliffs, and sparkling waters. On this all-day excursion, depart from Kemer in a vintage wooden pirate ship and sail to three popular bays- Phaselis Bay, Kemer Cleopatra Bay, Paradise Bay. Spend the day lazing on the deck, taking in the views as you travel between beaches and islands, eating a traditional Turkish lunch on board, and swimming in the Mediterranean.

One of the most liked day activities for visitors, who seek a pleasant day at sea. Perfectly safe to jump into the clear seas for swimming and snorkelling, don't forget to explore the marine life is the stunning Mediterranean coastline between Kemer and Antalya.

Day 9:- Back to Istanbul

What is the base camp for backpacking Turkey tour packages from India?

There are no base camps as we see. However, you must have to reach Istanbul, Turkey to start the trip. In case you are wondering, there are plenty of flights available for our Turkey tour packages from Istanbul, Mumbai, Delhi, Ahmedabad, Kolkata, and Bangalore.

How much does a Turkey trip cost from India?

The Turkey tour packages start from INR 45,000/- with a min of 7 Days of itinerary. The days and prices exceed as per the services added into the package.

What is the capital of Turkey?

Turkey's capital is Ankara, also known as Ancyra and Angora in the past.

Is Turkey in Europe?

Southeast Europe and southwest Asia are the two regions in which Turkey is situated. The Anatolian Plateau, the country's largest peninsula in Asia, is far larger than the European (or Balkan) Turkey. A total of 80,810,525 people (December 2017 est.).

What is Turkey famous for?

Turkey is well known for both oriental and European features. Places such as the magnificent Hagia Sophia and traditional Turkish tea are famed worldwide and attract tourists every year. Also check out its carpets, bazaars, hammams, sweets like baklava and Turkish delight along with its popular travel hotspots- Cappadocia and Istanbul.

Is Istanbul the capital of Turkey?

No. After the establishment of the Republic of Turkey in 1923, Antalya was positioned as Turkey’s capital.

Is Turkey safe to travel?

Turkey trip packages are generally safe, but you should still be vigilant when you're there. In most cases, especially in busier tourist locations, visitors don't have to deal with a lot of violent crime, but pickpockets could be an issue.

How to visit Istanbul Turkey?

Istanbul lies on the border of Europe and Asia, although there are no restrictions on transit between the two regions. A visa and a passport is a must, on condition that it is valid for at least six months (after your intended date to enter Turkey).

Where is Istanbul Turkey located?

Istanbul is a major port and the biggest city in Turkey. On each side of the Bosphorus, a strait that divides Europe from Asia, are the province and the city.

What are the must do things in Istanbul Turkey?

Check out the list of best things to do in Istanbul

Read more for what other things to do in Turkey.

Is it safe to travel to Turkey Istanbul?

For both tourists and locals, Istanbul is regarded as generally safe. However, tourists should exercise caution because pickpocketing and other frauds frequently target tourists.

Where to stay in Istanbul Turkey?

Our package includes your stay in Turkey. You'll be staying in hotels the entire time.

What is the religion of Istanbul Turkey?

Sunni Muslims make up more than 90% of Istanbul's population, with Alevism being the second-largest religion.

When is the best time to go to Turkey Istanbul?

The weather in Istanbul is generally pleasant. From mid-July to mid-August, it is typically hot and humid, and it can snow in January and February. Mid-April to June and September to October are the peak season months (when the weather is at its best).

What is the language of Istanbul Turkey?

Turkish is a language that is spoken throughout Europe and the Middle East, including in Turkey and Cyprus.

How far is Cappadocia Turkey from Istanbul?

Cappadocia is located around 730 km (454 miles) from Istanbul. However, with Moustache Turkey Tour Packages, you will be travelling to Cappadosia by plane, that's included in the package.

How is the weather in Istanbul Turkey?

Late June to late August is usually preferred as the best time to visit Istanbul. Excellent for enjoying the beachlife of Turkey.

What is famous in Istanbul Turkey?

Istanbul is well recognised for being the center of culture for various monotheistic religious organizations. Each of which is thought to have left their unique mark on the city in the form of domes and distinctive architecture. Istanbul is home to a number of well-known structures that showcase the many legends that surround its legendary historical emperors.

Where is Cappadocia Turkey map?

Cappadocia is located in the middle of modern-day Turkey on a rocky flat to the north of the Taurus Mountains. Throughout history, the region's borders have changed.

How to get to Cappadocia Turkey?

Cappadocia tours with Moustache are done by domestic flight from Istanbul. Included in the package.

What to do in Cappadocia Turkey?

Where to stay in Cappadocia Turkey?

The 9D/8N Cappadocia Turkey tour package includes your stay in the hotel.

Where is Antalya in Turkey map?

Antalya is situated on the southwest coast of Anatolia and is surrounded by the Taurus Mountains. Those who don’t know, it’s the largest Turkish city on the Mediterranean coast.

What to see in Antalya Turkey?

The famed Lycian Way, the longest hiking path in Turkey, is located in Antalya. It features historical sites and antiquities from the Lycian empire and spans the entire coastline. Most people travel it in segments as it stretches for 500 kilometers to the Fethiye region.

Yes, it is safe to travel to Antalya. However, it is always vital to apply common sense and heed the safety recommendations and warnings given before travelling, just like in any other city. The beaches in Antalya are lovely, but watch out for your possessions!

What continent is Antalya Turkey in?

What to do in Antalya Turkey?

Kaleiçi, Antalya nightlife, and natural hot springs are some of the sites you must visit in Antalya.

Where is Antalya located in Turkey?

The province of Antalya is situated between the Taurus Mountains and the Mediterranean Sea on Turkey's south-west Mediterranean coast.