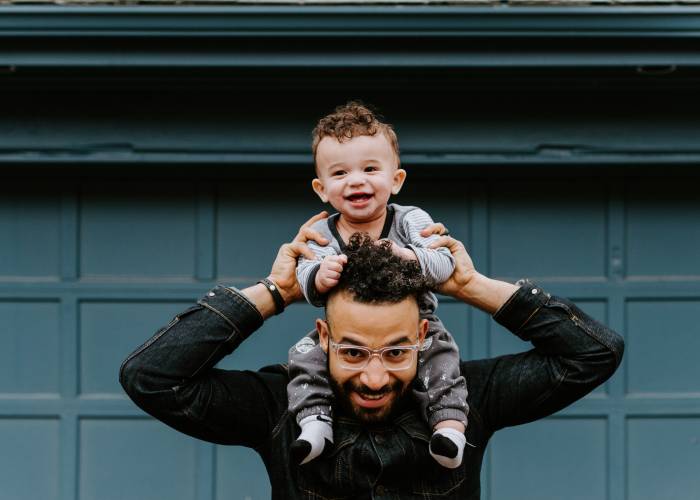 About Types Of Dads Everyone Can Relate To

Dads are the real life superheroes and thanks to the OTT (Over The Top) platforms which have shown us several other shades of our beloved father. These online platforms have shown that fathers can be more than just the stereotypical and strict dad from Udaan. Introducing us to a whole new aspect of the man of our house. Here we will explore about types of dads.

From classic Simran’s Dad (played by Amrish Puri) from DDLJ to the new age types of fathers like Srikant (played by Manoj Bajpayee) from The Family Man, we all have met a part of these fictional dads in our real life dad. Which one of them have you encountered?

This Father’s Day, take a look at these popular dad representations, which certainly are true at some point in all our life:

Who doesn’t remember the heartfelt performance of real life Father-son duo Will Smith and Jaden Smith in the movie The Pursuit of Happyness. Set in 1980s San Francisco, the movie showcases the struggle of a father for a better future of his only son. A typical representation of an ideal father.

Primarily, dads are the one who sets Order in every family. Just like Pubba, from Netflix’s Original Sweet Tooth. Sweet yet a bit overprotective fathers portrayal by Will Forte, who only wants to save the only happiness left in his life, at all cost.

Pankaj Tripathi wins all of our hearts with his 2020 Netflix release- Gunjan Saxena. Unlike any orthodox dad, his character stands with his daughter who aspires to be an Indian Air Force pilot. And by the end of the movie, every girl wishes to have such an accepting dad.

The most common dad in every family (or at least in Bollywood cinematic families). Alok Nath is the face of one father, who always talks about sanskar, and rishtedar. For such dads, you need to be Sanskari (Mannerful) enough to have his aashirvaad. So it is also one of the types of dads.

Life simply gets way cooler, if you can chill with your dad, just like you chill with your friends. The character of Anupam Kher, as a cool father in the 1995 release, Dilwale Dulhania Le Jayenge. At Least you don’t need to worry about getting home late on a drunken night with him.

If you call, Simran Ke babuji stereotype, then watch Ronit Roy playing the role of strict dad in the 2010 release Udaan. This moody, coming of age movie showcases the role of Sakht dad in most of the Indian parenting. The movie ends on a positive note, inspiring us to find our own ways to live life, freely.

If you are from the middle class, you can better relate to the struggle of the Duggals in Do Dooni Chaar. The 2010 released comedy drama showcases the daily struggle of a Delhi-based math teacher, Santosh Duggal ( played by Rishi Kapoor) who tries hard to manage his family budget. Fulfilling the needs of his kids at the same time. The movie ends up on a strong notion that you Papa was just saving for the future, but Not being Kanjoos.

Let’s talk about some unconventional dads, who keep on trying some unconventional method to make their way to their kid’s hearts. The character played by Will Ferrell in Daddy’s Home is a perfect example of such offbeat dads. They can always cross their comfort zone to impress their kids in front of strangers. So it is also one of the types of dads.

The struggle of managing personal and professional life is not easy, which was brilliantly portrayed by Manoj Bajpayee as Srikant Tiwari as a busy father in Amazon series, The Family Man. The best part about the series is, it resonates with every professional or busy dad who has worked from home in the lockdown and now knows that the struggle is real.

Kidnapping revenge plot with long hours of threatening phone calls shouting- “Give me back my kids, or I will…”, you know the rest. Besides all the other dads, badass dads are closest to the superhero dad represented in both Hollywood and Bollywood since ages. And if you’ve seen Bruce Willis in Die Hard 4, you’ll know they can go all kickass and killer mode, if you even dream of laying hands on their kids.

If Lt. Nirupa Roy is the official face of Bollywood mom, then Kader Khan is for sure the official face of Bollywood dad. His stereotypical representation of a typical Indian dad, refreshes all of our childhood nostalgia when we were asked to have a job of our own. Rather than spending Babuji Ka Paisa for your own profit. Best to watch him in the 1993 movie Aankhen, where he acted as the conventional Indian dad of Govinda and Chunky Pandey.

We know, at times when they can switch to- “Abba Nahi Manenge ” mode. Whether it’s the Weekend Escape or the Night Out plans and don’t start with the Goa Trip permissions. All they do is because they care about us, after all- Baap, Baap Hi Rahega!

So, this fathers day celebration creates as many memories with your dad. Celebrating his SUPERness this Father’s Day. Write to us which kinda dad you are blessed with.

So this is the complete blog about Types of Dads of Moustache Escapes. For more travel related stories follow our blog. Discover more of the Moustache’s treks, tours and trip packages at Moustachescapes.com

And, we love to get social interactions. Keep yourself updated with our latest travel story/blog and related travel deals. Follow us back on our Instagram page and don’t forget to share your feedback on our DM!

Top 15 Most Dangerous Roads in India

How to Travel With Your Buddies – How to celebrate friendship day