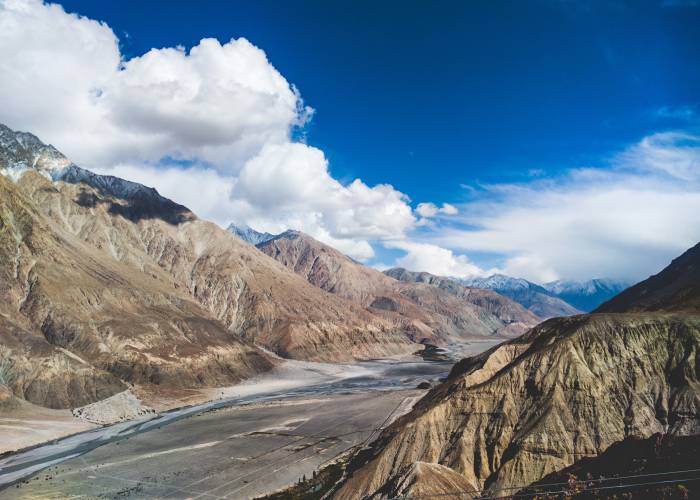 Forget New Zealand, Switzerland, and Australia; India is home to some of nature’s most spectacular creations, incredible hidden gems, and unexplained mysteries that many of us are unaware of. With such grasping beauty of these natural wonders in india, it’s difficult for us to believe such places exist in our own country. And when this pandemic is over, do plan a trip to explore these scenic beauty in india, traveling to some locations across India.
Do you still not believe us?

Take a look at these 10 incredible natural wonders in India.

Loktak Lake is the largest natural freshwater lake in North East India and the country as a whole. The lake, which is located in Moirang, Manipur, is best known for its phumdis. Phumdi is a muddled mass of floating vegetation, soil, and organic matter in various stages of decomposition. It is thought to have a unique ecosystem, and the largest of all phumdis covers an area of 40 km2 (15 sq mi). This phumdi lives in the world’s only floating national park, Keibul Lamjao National Park, which is located on the lake’s southeastern shore. The park is the last natural habitat for the endangered Sangai (state animal), Rucervus eldii eldii, or Manipur brow-antlered deer (Cervus eldi eldi), one of Eld’s deer’s three subspecies. The lake is the primary source of income for the native fishermen in the surrounding areas and on phumdis, also known as “phumshongs.”

Yumthang Valley, also known as the Sikkim Valley of Flowers sanctuary, is a nature sanctuary in the North Sikkim district of Sikkim state, India, with a river, hot springs, yaks, and pasture grazing on rolling meadows surrounded by Himalayan mountains The Shingba Rhododendron Sanctuary, which contains over twenty-four species of the state flower, the rhododendron, is located in the ‘Valley of Flowers.’ The flowering season lasts from late February to mid-June, when a plethora of flowers bloom, carpeting the valley in multicolored rainbow hues. The area blooms with rhododendrons, primulas, poppies, iris, and other flora during this time. During the summer, villagers bring their cattle to these elevations to graze (a practice known as yaylag pastoralism). A tributary of the Teesta River flows through the valley and past the nearest inhabited settlement, Lachung. Yumthang is also well-known for its hot springs in the valley. So it is also one of the best Natural Wonders in India.

Jaisalmer is a popular tourist destination in Rajasthan. A large number of visitors are drawn to the stunning city in the heart of the “Thar Desert.” The number of attractions in the area is a big draw for visitors. The Sam Sand Dunes in Jaisalmer are one of the most common dunes in the region. The incredible beauty of these dunes makes it a must-see during the Jaisalmer tour. The location is approximately 40 kilometers from Jaisalmer. It is a desert zone and one of Jaisalmer’s most popular tourist destinations. The Jaisalmer Sam Sand Dunes become even more lively as the sunsets. Several desert campsites organize cultural programs for tourists to experience Rajasthani tradition. There are musical evenings, folk dances, puppet shows, and the opportunity to sample the aromatic Rajasthani cuisine.

Barren Island is a tropical island in the Andaman Sea. It is located approximately 138 kilometers (86 miles) northeast of the territory’s capital, Port Blair. It is South Asia’s only confirmed active volcano. It is also the only active volcano in a chain of volcanoes stretching from Sumatra to Myanmar. Barren Island, as the name implies, is completely devoid of life, save for a few animals and birds such as pigs, bats, flying foxes, and rats. This island is home to India’s only active volcano, which erupted twice in 1991 and 1994 and more than six times since then, the most recent on May 2, 2006. The waters around Barren Island are said to be some of the best scuba diving spots in the world. The crystal clear visibility, Manta Rays, interesting basalt formations, the topography of past lava flows, and rapidly growing coral gardens are the main draws here. This remote dive site is accessible via live-aboard ship or scuba operators based on Havelock Island. However, if you want to go on a sightseeing tour of the island, you must obtain a permit from the Department of Forests. So it is also one of the best Natural Wonders in India.

Lonar Lake is located within the great Deccan Traps, a massive basaltic formation in India, and is the only known extraterrestrial impact crater. Similar to the Sambhar Lake in Rajasthan. The lake was thought to be volcanic in origin at first, but it is now known to be an impact crater. Lonar Lake was formed by the collision of a comet or an asteroid. This lake, located in the Maharashtra district of Buldhana, is another natural wonder of India that was created around 52,000 years ago. The lake was first mentioned in ancient texts such as the Skanda Purana and the Padma Purana, and it is surrounded on all sides by magnificent temples and scenic beauty. This beautiful lake is both saline and alkaline, attracting scientists from all over the world. There is also a nearby lake called Ambar Lake, which is essentially a small circular depression about 700 m (2,300 ft) away from the main lake. A crater is thought to have been formed by a splinter of a meteor that hit the ground. Near this lake, there is a Hanuman temple, with an idol made of rock that is said to be highly magnetic. Local farmers are draining the water from Ambar Lake. This lake is also known as Chhota (Little) Lonar. So it is also one of the best Natural Wonders in India.

If you’re in Baratang, Andaman, don’t miss out on visiting India’s only active mud volcano. Although not very active right now, active craters still have mounds of mud and gas bubbling away. According to historical records, the last eruption here occurred in 2003, around the time of the earthquake/tsunami, but it was a minor eruption. The much larger eruption that burned all nearby vegetation appears to have occurred at the same location in 1983. The government has established a continuous monitoring station to assess the geological status. It’s exciting just to be at the site of an active volcano (even if it’s not igneous), and seeing the bubbling mounds of mud and escaping gas adds to the excitement. This is being developed as an eco-tourism zone, and with well-kept pathways and surroundings, the site is worth visiting on your Andaman & Nicobar Trip.

Located in the western part of Tamil Nadu, India, the view of the waterfall is simply enough to justify its annotation. The river Kaveri, one of India’s largest rivers, tumbles over rocks to form this amazing but lesser-known tourist attraction. Hogenakkal derives its name from the Kannada words hoge, which means “smoke,” and kal, which means “rock,” because the mist created when the water lands at the bottom of the falls gives the impression that the rocks are smoking. The falls are made up of several individual waterfalls ranging in height from 15 to 65 feet. The river eventually flattens out to sandy banks and flows to the Stanley Reservoir via the Mettur Dam. The falls are built on carbonatite, a type of igneous rock. The carbonatite rocks discovered at Hogenakkal are among the oldest in South Asia, if not the world. A boat ride down the river allows visitors to see Hogenakkal Falls, and certain areas have been created as enclosures for bathing in the waters. So it is also one of the best Natural Wonders in India.

The Yana Rocks and Caves are a gift from Mother Nature. These are naturally formed ancient caves in Karnataka’s Sahyadri mountain ranges. These caves are extremely rare in comparison to other caves in India. It’s a beautiful place to visit, located between Sirsi and Kumta near Gokarna in Karnataka’s Uttar Kanada district. Yana caves are naturally formed caves on massive monolithic rocks. These rocks are divided into two sections. The first is known as the Sikhara Mohini, and it is located at an elevation of 90 meters. The second rock, known as Shikhara Bhairaveshwara, is the tallest and largest, standing 120 meters tall from its base. These caves are rainforest caves that were naturally built and are associated with Hindu mythologies. These caves appear to be an enigma during the day and a haunted location at night. It is the ideal location for outdoor enthusiasts and nature lovers. Getting here will be a fantastic rainforest trekking adventure. This is also a pilgrimage site for Lord Shiva devotees.

The Nubra Valley is located between Tibet and Kashmir and is surrounded by snow-capped Himalayan mountains. The valley view is breathtaking and picturesque. During the winter, the entire valley resembles lunar scenery, while in the summer, it is lush with greenery. Nubra Valley, is annotated with several terms such as Broken Moonland or Ladakh’s Orchard. Moreover, the name was originally derived from the Tibetan word Ldumra, meaning “Valley of Flowers.” Visitors are drawn to Nubra not only because of its natural beauty but also because the valley is predominantly Buddhist, with numerous Buddhist study centers. Ensa, Samstemling, Diskit, and Hunder Monasteries are all popular Buddhist monasteries.

Munroe Island has some unrivalled magic up its sleeve, with tranquil backwaters and backdrops of diverse flora and fauna. This Island, located approximately 27 kilometers from Kollam, has enthralling beauty that draws tourists and visitors. Located at the confluence of Ashtamudi Lake and the Kallada River, Munroe Island, also known as Mundrothuruthu, is a group of inland islands in Kerala, South India. It consists of eight small islets. Some of the main attractions on this island are the narrow canals, riverboat rides, and the famous Kallada Boat Race, which is held here during the Onam festival. The river, which forms canals and flows calmly and gracefully, has the power to transport you away from the hustle and bustle of your daily chaos and mundane life. As a result, Munroe Island is regarded as one of the best honeymoon destinations or an excellent peaceful getaway away from the never-ending chaos of modern life.

With diverse topography and natural beauty of india, we are fortunate to home some enthralling destinations for out-of-this-world experiences. We hope you agree with our list and will save it for your next trip.

So this is the complete blog about Natural Wonders in India of Moustache Escapes. Moustache Tour Packages will take you on a one-of-a-kind journey to some of India’s most enchanting destinations. Book your customized travel packages and take advantage of exciting deals and offers.

Types Of Dads Everyone Can Relate To