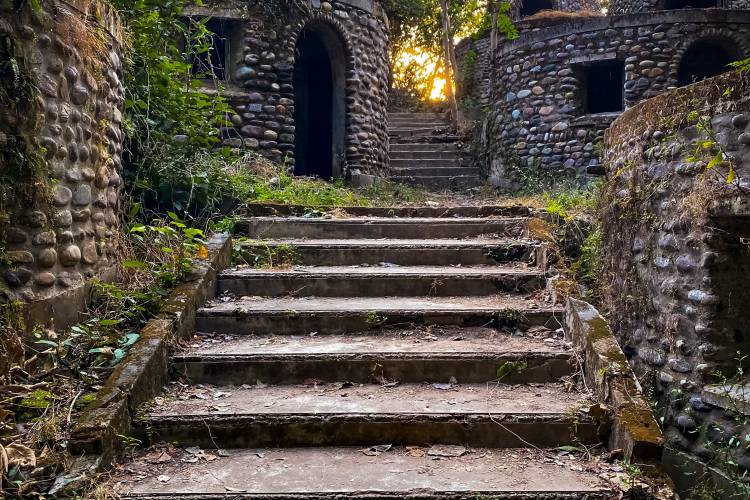 About Things to know about Beatles Ashram in Rishikesh

Once in the 60’s, the Siwalik hills of Himalayas were awarded a boon. The boon of having legendary tuners into its laps near the shore of the Ganges in the sacred town of Rishikesh. The Beatles as we more popular know them, were an extremely popular and prominent group of 4 seasoned musicians and composers who ruled the pop culture in the West and were everywhere on the screens, papers, and speakers. Here we will know about Beatles Ashram in Rishikesh.

Back in the days, when India only knew classical Indian music, it was quite a lovely surprise for the younger Indians to be suddenly able to explore a newer version, completely different perspective of music when the Beatles stepped into the lands to seek for something they had been long missing.

But how it happened? What brought them here? Well, there’s quite a story to it.

In 1962, when Beatlemania was taking up the charts by storm, the Beatles reached its peak popularity, the quad began to be referred to as the ‘Fab Four’. They had been gloriously performing and were leading the pop music industry.

Clearly, there they were all seeking a bigger perception about life and that’s what dragged their destinies to a small cottage of Maharishi Mahesh of India, who was a legendary yogi with his roots in India but stems spread worldwide.
Yogi Ji, back in those days was referring to his audiences in a seminar in Wales, where the Beatles first met him. So it is also one of the most things fir your are searching about Beatles Ashram in Rishikesh.

After this brief yet influential encounter with their Guru, they just simply couldn’t resist visiting him at his home, his Ashram in Rishikesh India to learn in his guidance some aspects of life they were unknown to.

Upon arrival, the Beatles were staying in the Ashram as students of the Maharishi, they learned from him the terrific act of transcendental meditation, which not only helped them get rid of their drug abuse but rewarded them with a mentor whom they could share their insights with and learn the wisdom of life from. Songs were written and tunes were composed by the shores of the gurgling Ganges and Beatles’ popularity crossed boundaries and mountains to begin prospering in India.

After they left, what was left behind was their significant impression on the Indian pop music, the hippy-gypsy vibes, graffiti and colorful walls that still adorn the Ashram.

The vibes and aura deny to leave the ashram even today and you can sense this as soon as you arrive here at Beatles. Deserted domes made for the purpose of meditating, are now a perfect choice for a portrait backdrop and the wilderness around the Ashram makes it look rustic and earthy from wherever you see.

So this was the complete blog about Beatles Ashram in Rishikesh of Moustache Escapes. Come, see for yourself what legacy the Beatles have left behind here in Rishikesh, stay with us at Moustache in Rishikesh to join our clan of explorers.

Why KEDARKANTHA is India’s Favorite Trek

Top 7 Travel Destinations That Cannot Be Justified In Pictures