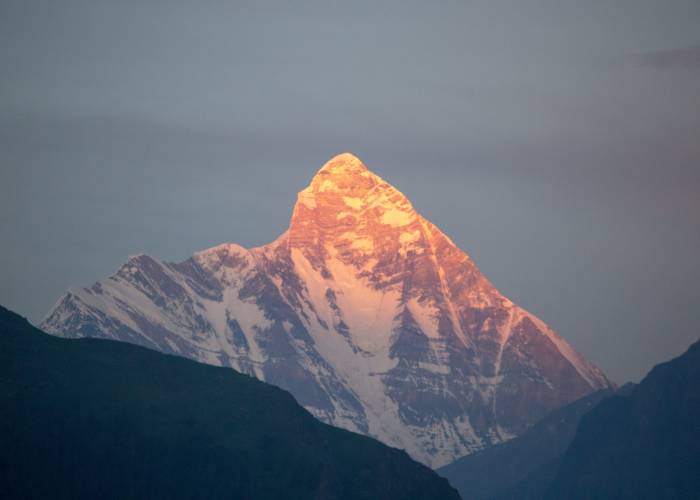 After a heartbreaking glacial flood in the Chamoli district, which is popularly known as the Nanda Devi base camp for many stimulating Himalayan treks, many trekking enthusiasts with their bookings already confirmed sunk into disappointment and grief for the workers who lost their lives working on the Tapovan and Rishiganga power plant projects. The Uttarakhand region has often been prone to such floods due to glaciers melting. We all remember the 2013 floods that ravaged the whole state, hitting major spots like the Kedarnath temple. The flood caused on 7 Feb 2020 at 10 AM was a result of the Nanda Devi glacier breaking off. The glacier caused uproars in the rivers Rishi Ganga, Dhauliganga, and Alaknanda.

Uttrakhand hosts many trekkers at this time every year, as many major treks are on the verge of seasonal closure because of Nanda Devi weather. Many trekkers are still enroute their journey, as the trek routes are unaffected. None of the mountain hikes have been canceled and no people on their trips have been endangered by the floods. It’s safe to book your Uttarakhand treks tension-free. These treks are the source of income for many local food stall owners, guides, porters, etc. A good way to give Uttrakhand support is to give an opportunity for its local folks to serve you at the location of Nanda Devi glacier. Treks like Kedarkantha, Brahmatal, Chopta, and many others are going as planned, without any hiccups.

A common question that arises is why do glaciers break off and cause sudden floods? Why don’t they gradually and slowly melt off into the water bodies? Glaciers usually start melting from the bottom, making small streams as they melt. As their bottom turns from ice into water, they get hollowed out but the top surface remains solid. Imagine eating a cake from the bottom, from where it’s sitting on a plate. What would happen to the top half? It would get heavier and heavier as you eat more and more from the bottom and it’ll break off and fall with a “thud”. That’s how glaciers melt, creating huge waves in the rivers. These waves are often too massive and too sudden for any prior warning. Even a small glacier breaking off can cause a domino effect of many large ones breaking off, causing disastrous floods.

Many other reasons can be the cause of such floods. Cloudbursts, glacial lake bursts, etc. are some of these reasons. The real reasons for the Nanda Devi glacial break are still being investigated.

So this was the complete blog about Nanda Devi Glacier of Moustache Escapes. An announcement to all the fellow trekkers, the paths are completely clear to commence on Uttrakhand treks. Moustache Escapes is carrying out completely safe treks every day. There’s no need to worry since the area affected by the floods is a great distance away from all the major trekking destinations. Adventure awaits, are you ready?

Some cure, some kill, some bloom – An aromatic Valley of Flowers guide